The second half of 2019 saw us pretty busy. We welcomed Aura and Pates little Icicles on 1st November.
This is probably the easiest litter I've raised, since the Gardians themselves.
The puppies obviously inherited their calm, happy-go-lucky nature from their mother and settled into their new homes with less than the usual bumps and curveballs.

Aura (Caleebra Gardian Gamora (AI)) was a lovely, sweet mother, who even allowed visitors, similar to her own mum. I caught Anarchy in the whelping box regularly and even Summer, Winter and Dolce were allowed to visit the babies. Aura was a relaxed mum, attentive to her puppies and happy for a tummy rub or a snuggle on the couch when not attending the puppies.

Pate (Lumiturpa Pikku Pate) frozen semen imported from Finland was used for this litter and he brought his own touch of sweetness to the puppies. With double the dose of sweet, they were sweet, cuddly pups, keen on attention from people, but not as demanding as i'm used to. It was quite a nice change.

The Icicles were a litter of 7 and were named for the Looney Tunes
We had 2 Black and Tan males, one with Irish spotting almost in a Border Collie pattern with white feet, tail tip, blaze and half collar, 1 Wolf Sable boy, 2 Domino boys and 2 Domino girls.

All are in their homes. 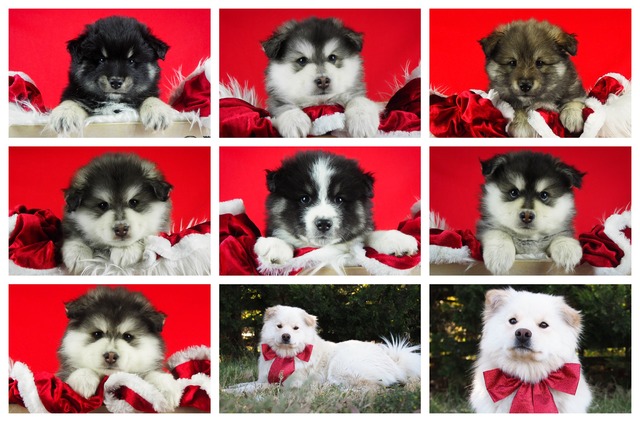