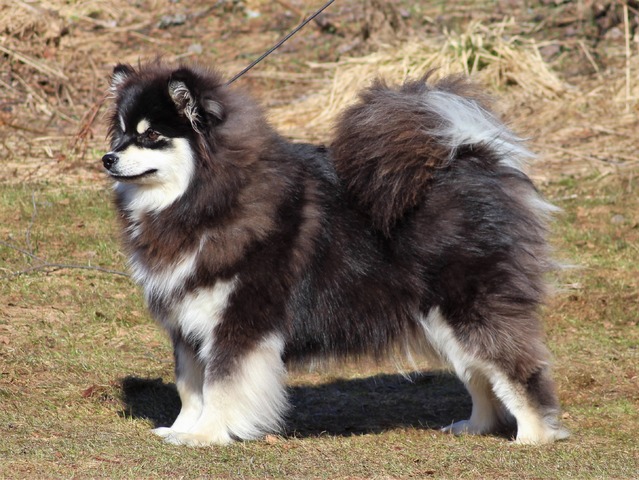 We were co-owners of the delightful fluffy black and tan Lapphund known as Missy, Lapinlumon Xametti to be more precise. We were truly excited to be a part of this gorgeous girls future and could hardly contain our excitement that she was ours.

Sometimes things just don't turn out to plan.
Firstly she failed her hip exams with a C/D. Every breeder i've spoken to overseas reports that xrays that look the same as dogs who were passing easily in the years before are now receiving much worse scores.
So we contemplated the future and agreed to give her more time to mature and xray her again in Norway.
I had her first xray rescored in Australia so I could see the difference and understand the comparison. Her score in Australia was much more favourable. Which did little to alleviate my concerns, and instead gave me more pause about the scoring here.

Suspecting something else was amiss Christian took Missy to the vet where they diagnosed Hypothyroidism. He started her on medication to balance out the hormone deficiency immediately and then later suggested a wonderful family home for her to move to. And so Missy stayed in Norway. She lives with a lovely couple and their Swedish Lapphund and they keep in touch with photos and stories. She has a very wonderful life and we're incredibly grateful