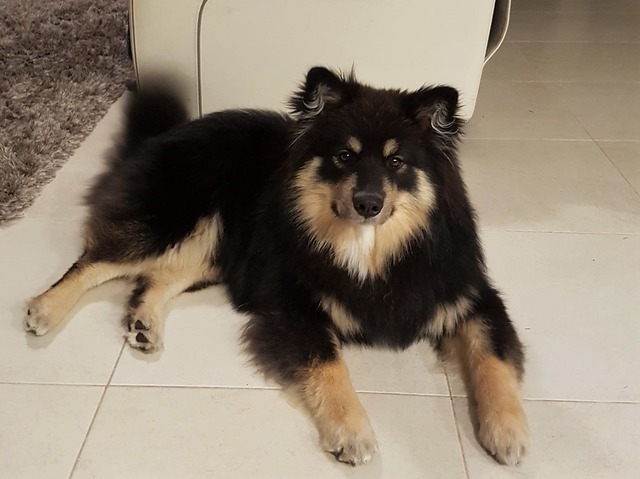 Karhu was the 2nd puppy born in our Fearless Litter. He wore the Batman collar and was actually a big softie who started out a little unsure in new situations. But he had incredible interest in people and would rally through any discomfort for the adoration and attention of myself or any of our visitors. Whilst i described him as a little shy initially, you wouldn't know it later. He is now a very confident and outgoing boy, who still likes his snuggly cuddles with people and loves to act the clown for an audience, or just to amuse himself.
Whilst all the puppies tug at the heartstrings, Karhu was destined for big things and he's moved to Western Australia to be the little brother to Suvi from our Armani litter and lives with Lara and Luke.
He will hit the show ring in WA, and is sure to be a right, funny clown to everyone he meets.