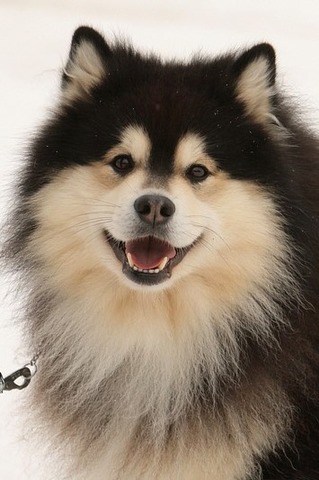 In the early days of my import search I had been researching and talking to Dagolas Kennels about their future litter plans. Whilst still looking for that perfect combination, I then found out that Zeke had been used at stud at Staalon Kennels, and for a few days it looked like a daughter of Zeke would be heading my way. It wasn't to be, but the thought of Zeke never strayed far from my mind and I believe it was inevitable that I asked to collect semen from him to bring out to Australia. Zeke's owner happily agreed and put the wheels in motion almost while we were sleeping. Our sincerest appreciation to Meiju for all her help, patience and dedication. We are so thankful.
Zeke has a lovely friendly, temperament and lives at home with Dagolas Quumakalle, 'Rymy' (who happens to be Titans uncle) and Rymy's son, Tassutuvan Rantaleijona, 'Tarmo'. Zeke is successfully exhibited at shows and achieved his Finnish Champion Title in early 2013.
Zeke enjoys spending his days outside running around and especially loves playing in the snow in winter and doing Agility.
At the end of the day he enjoys cuddles on the couch with his family. He is a gorgeous boy who brings with him some lovely lines and we're very excited to see what he will produce for us in Australia.